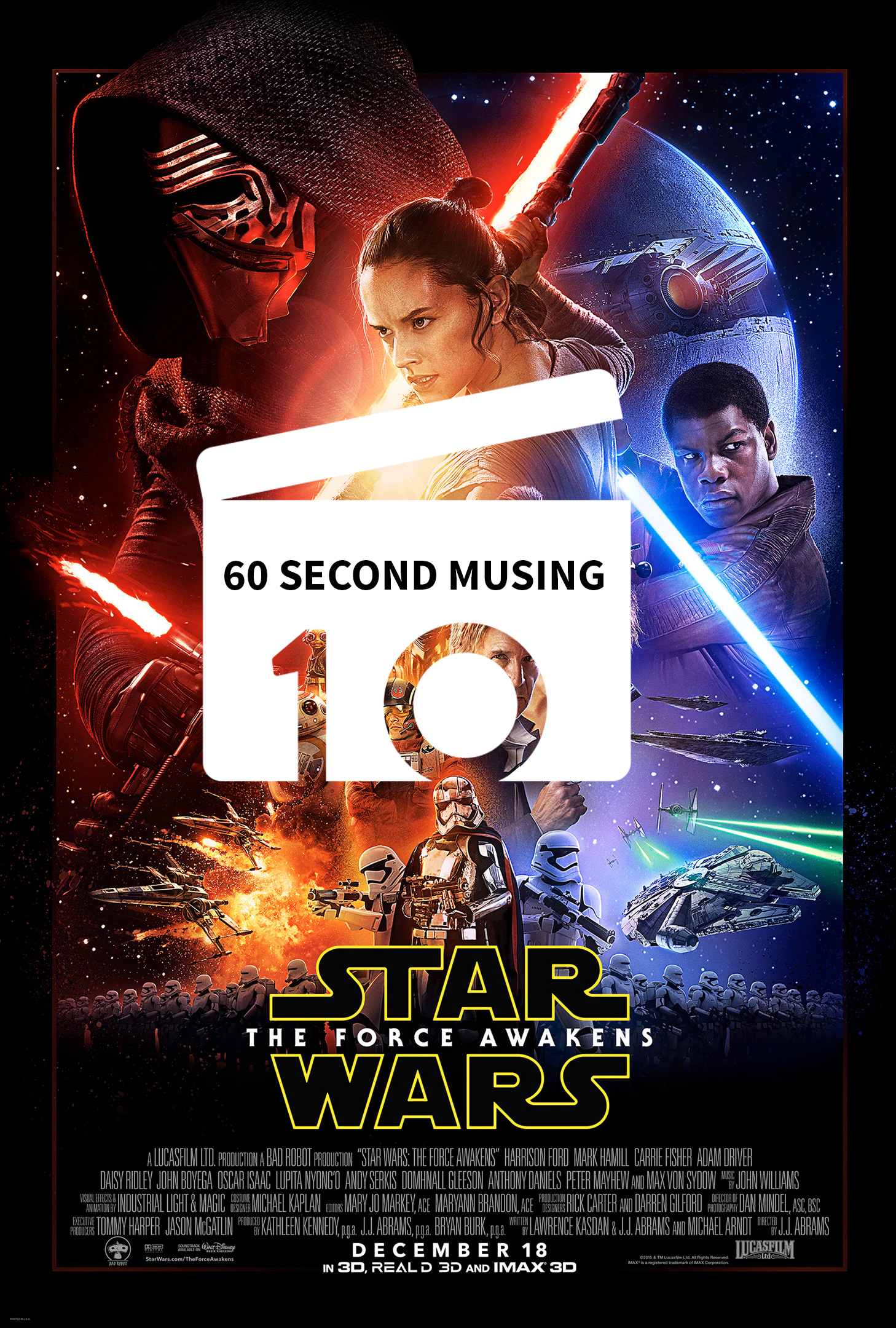 Less than a week to go until The Force Awakens and (probably) millions of fans are getting ready by watching the franchise back catalog.

Millions more sad buggers are debating which is the ‘correct’ order to watch them in.

It seems there are 3 main options:

We put it to a vote among the 10 Second Reviews team:

Why: The best moment in the entire franchise involves Luke learning about his family tree! To watch them in any order other than the way they were released would spoil that incredible movie moment.”

Why: “Star Wars is not just about Vader/ Skywalker and in order to truly appreciate the huge plot and complex intergalactic war, you need to go back to the beginning and take it all in step by step.”

Why: “I watch them in the release order. They establish the mythology far better than the prequels and are simply better. Start with Han Solo and go from there!”

Why: “New fans should watch A New Hope and Empire Strikes back so they build up enough affection for the series to cope with Jar Jar in the Phantom Menace and Anakin/Padme in Clones.”

So there you have it. That’s put the debate to bed (probably not).