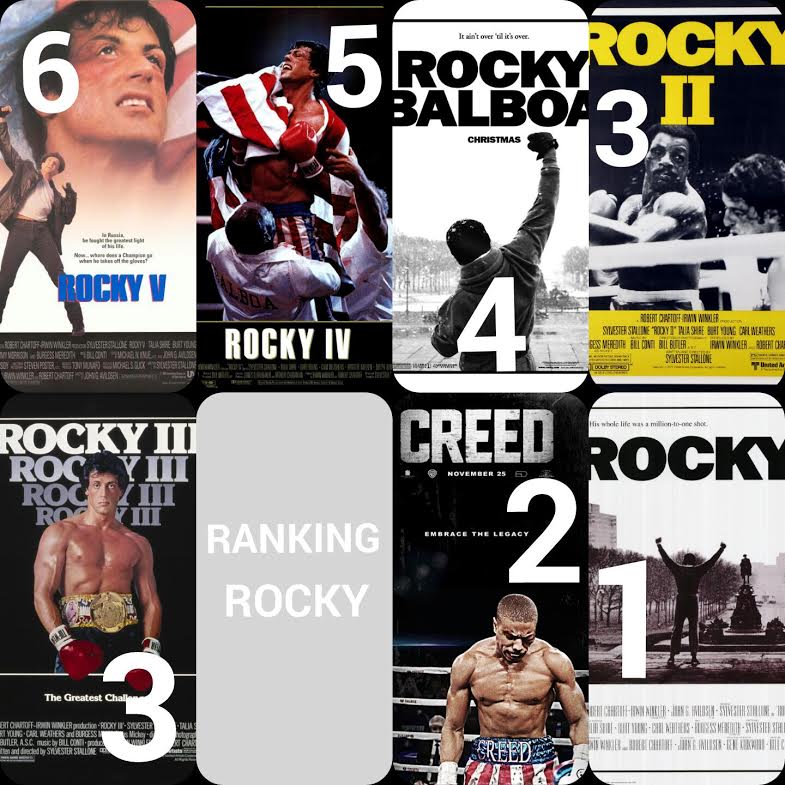 With the world’s favourite Philly underdog returning to cinemas for possibly his final outing in Creed this month, it’s an opportune moment to look back over a franchise that has spanned 40-years and defied all expectations.

6. ROCKY V – Despite a comically cartoonish street fight between Rocky and his brilliantly named protege-turned-baddun Tommy Gunn, this is the worst film of the series by some distance.

5. ROCKY IV – Probably the main reason why people forget just how good the original film was. Still very watchable in it’s own right, Dolph Lundgren’s Ivan DRAAGGGGO! is Rocky’s most memorable opponent. It also features the best training montage of all time –https://www.youtube.com/watch?v=1SUzcDUERLo

4. ROCKY BALBOA – Well reviewed upon release, this 2006 reprisal steers closer to the original than most of the immediate sequels but it’s also arguably the most forgettable of the series.

3. ROCKY II/III – I often get these two mixed up and will therefore rank them together. III Marked a notable shift in tone with the addition of Mr T’s caricatured bad guy Clubber Lang and a cameo from Hulk Hogan as ‘Thunderlips’, no complaints about that freeze frame ending though – https://www.youtube.com/watch?v=NC52KBgm5dY or the training montage that ends in an excellent homoerotic embrace in the sea https://www.youtube.com/watch?v=lVY8SbQGW-Y

2. CREED – Forget all the Rocky tropes and traditions, this is a genuinely brilliant standalone film. Just like the film that began it all, Ryan Coogler’s story focuses on character and spends comparatively little time inside the ring. Nonetheless the final show stopping bout might just be the best fight sequence of the lot. Check out our review here.

1. ROCKY – Still the undisputed Champ, the fact that it beat out All the President’s Men, Network, and Taxi Driver for Best Picture at the 1977 Oscar’s says it all. John G. Avildsen’s original is more about the gritty working class streets of Philadelphia than it is about boxing. Balboa is written as a man with endless optimism in the face of a destitute flat, a soul destroying job, a trainer who calls him a bum and a best friend with almost no redeeming qualities at all (shoutout to Paulie) – Stallone’s endearingly innocent performance makes the Italian Stallion impossible not to root for, in both his pursuit of the world title and Talia Shire’s ‘introvert for the ages’, Adrian. If you get a chance to re-watch it before Creed I’d highly recommend it. 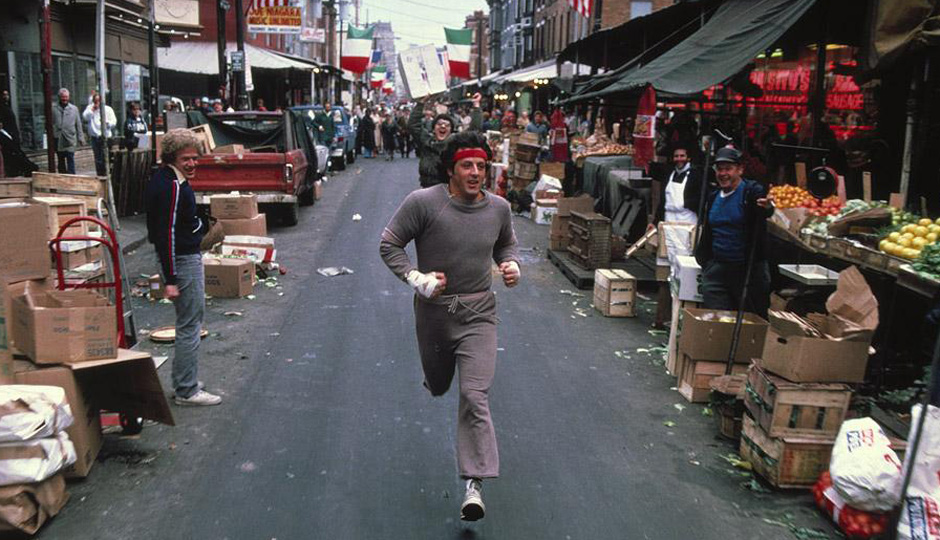